We greet you with our roll call from the Interact Conference.
We arrived to an empty parking lot and no line at registration. Bruce left our information on his kitchen table but luckily, I had copies. We were told that as many kids as we wanted could enter the essay competition so we added one.

After disseminating room keys, we stopped at Walmart and went to Quaker State Wings. However, burgers were $14 and we kindly went across the street to Steak and Shake. After multiple happy hour milk shakes, we then went to our opening welcome by our District Governor, Greg Maciolek. We were welcomed and given a brief overview of the conference. As young bellies began to growl, we were politely released to attend Dolly’s stampede. 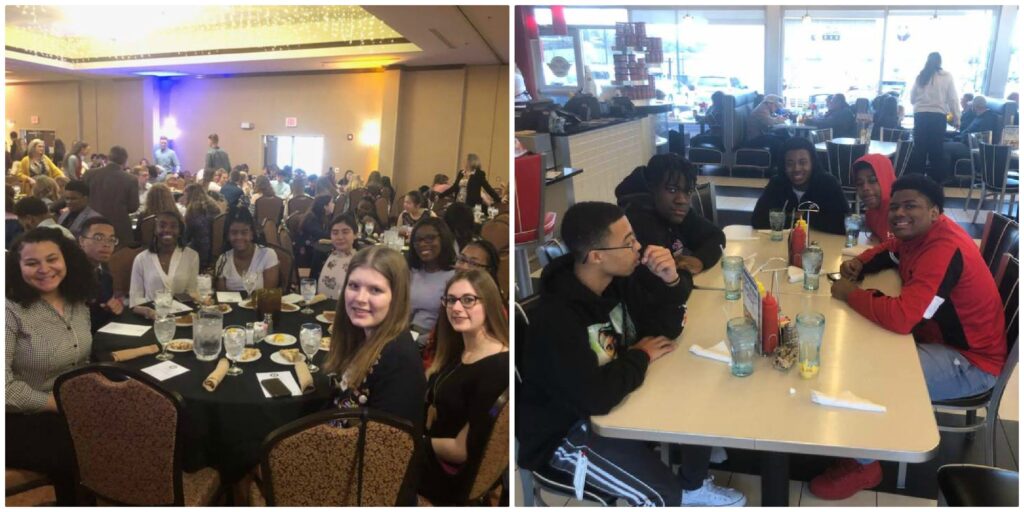 The opening act had a banjo player and country singer that invited one of our Interactors on stage. The crowd loved Amauri’s lip syncing performance. The Stampede was quite an interesting mix of horses, cows, birds, buffalo, pigs and dinner. This fun-loving, belly filling entertainment had volunteers from the crowd engaged in a friendly competition. Another Austin-East Interactor was chosen to compete in the water bucket challenge and by Javell’s own admission, we won because of him.

Back at the hotel we arrived just in time participate in the talent show. We entered the small group portion where Aaliyah and Javia performed spoken word. After the competition the kids were released back to the room. After a leaky bathroom and a couple of shuffled rooms later, the hotel moved me in the only vacant room.

The next morning started with Eliza, Jarrett and Atia participating in the Essay Contest. Breakfast was served and the colorful roll call was performed for 20 minutes. Ron Poon, the chairman of the Heart to Heart Association, welcomed us and gave us an overview of the humanitarian efforts in Mexico through Heart to Heart.

District Governor, Greg Maciolek, and Change Center CEO, Dr. Chandler, proposed the idea of our Interact Club mentoring a middle school group of Interactors. After a brief conversation about how we could make this happen, the first session concluded with the T-shirt fashion show and introduction of foreign exchange students. This ending session left us with a long break. We went to CiCi’s Pizza and rehearsed talking points for our Education Day with Leadership Knoxville.

We reconvened with a formal dinner. The District Governor-Elect, Ron Appuhn, challenged Interactors to donate $3 a person to send to Middle Tennessee in light of the recent tornados. The hearts were willing, but the pockets were empty. Dr. Nicole Chandler donated on behalf of our Interact Club group so we could support the victims of the storm. We received a brief history lesson on the Bomar and Lacy Scholarship and why this was started. Award winners were identified and dinner was served.

Shortly after dinner we ran up to change back into our comfortable clothes and were off to an entertaining evening at the Opry. The Opry felt like a Las Vegas show, they had everything from singing and dancing to high flying ballet acts with a hillbilly juggling comedian. Bed check was done at midnight with no issues. 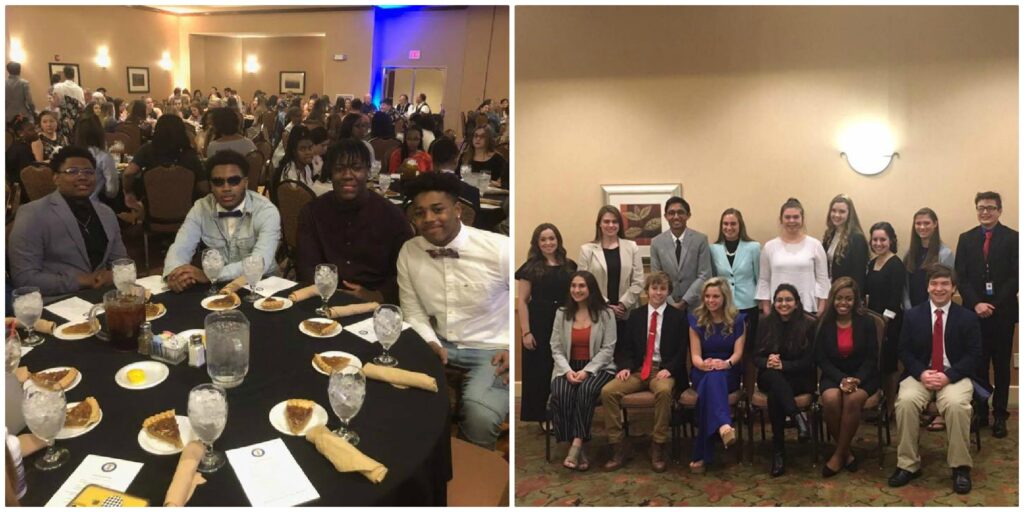 The next morning 13 Interactors showed up for roll call, but daylight savings time got the best of two of us. Jerry Wear, our past District Governor, welcomed us by educating the participants more about the humanitarian efforts of Rotary and Interact. Bruce Wilson gave a finical update of the Heart to Heart foundation, Polio, and Tornado relief funds. We then went on to drawings and awarded a $1000 scholarship to a lucky senior.

We ended the conference by taking 1st place in the T-shirt contest and 3rd place in the small group division of the talent show. I am very proud of how our kids conducted themselves, represented our community well, and left a positive impression on other Interactors.