Why is GRAD (Graduation Really Achieves Dreams) in Knoxville?

In the year 2000 the “Principal for a Day” activity placed three community leaders with three Knox County Schools urban principals (dubbed “The 3 Ms”)—AE/Marion Quinn, Fulton/Mike Reynolds, Vine/Montina Jones.  Those three community leaders were Laurens Tullock, Jimmy Haslam, and Bob Talbott.  As they debriefed the day together, they described the hopelessness and low expectations they encountered; noting that some kids didn’t even expect to live to finish high school and college was not even a consideration.  Those leaders asked the three principals what the larger community could do to help bring more hope and opportunities.

“The 3Ms” had already been regularly working together for years and had previously designed a diagram of what students in the urban schools: 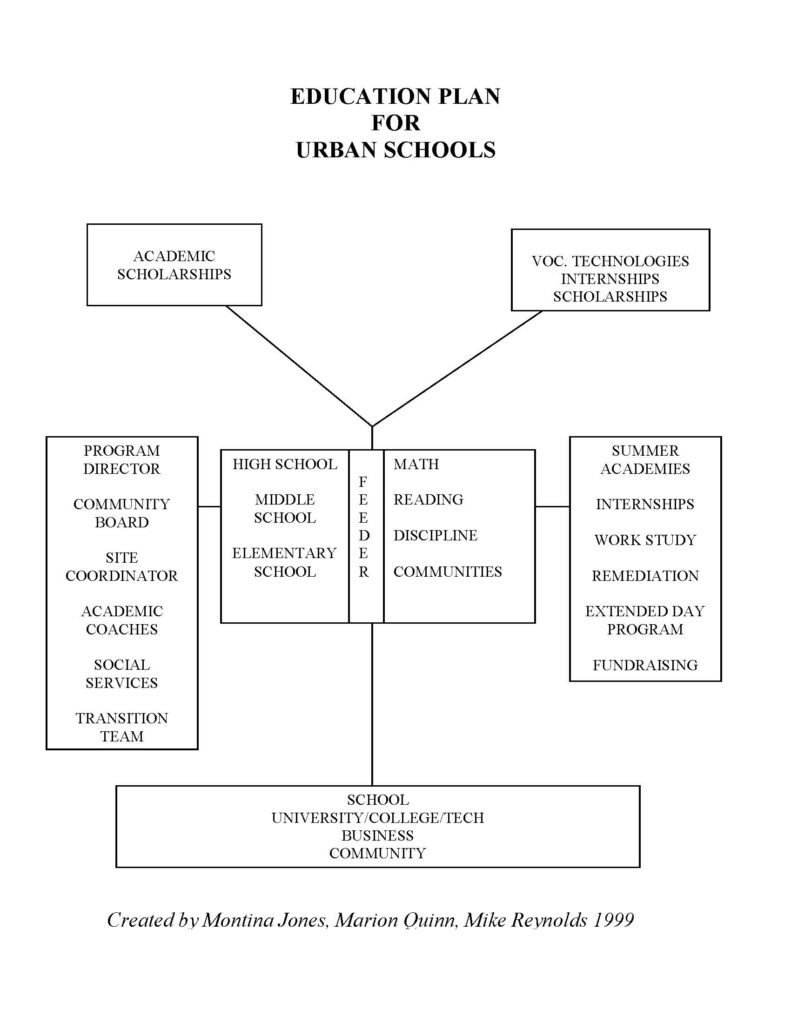 A Study Group, facilitated by Chrisi Haretos, was formed that started with eight (8) people and grew to 80+ people.  Ronni Chandler was part of that initial study group, representing Pellissippi State Community College.  Several options were considered, including in school academies and Modern Red Schoolhouse.  Mike Reynolds stumbled upon Project GRAD at a national Best Practices conference and got excited about the fit of the GRAD model when overlaid with the “3Ms” own Urban Schools Diagram.  Project GRAD is a national initiative and federally authorized program that began in Houston TX in 1988 as a scholarship program and focuses on supporting students from disadvantaged circumstances.  The original model included fulltime site-based staff, scholarships/summer institutes, Campus Family Support/parent board, Math/Reading/ Classroom Management coaching and curricula.

The study group looked more closely at GRAD with several trips to see the original site in Houston TX, including one infamous school bus ride from Knoxville to Nashville for a flight from Nashville to Houston sponsored by the Cornerstone Foundation.  Montina Jones took the GRAD idea to KCS academic leader Sarah Simpson and she authorized development of a proposal.  Jerry Hodges was hired as a consultant to pull the proposal together.  Superintendent Charles Lindsay authorized the presentation of the proposal to the school board and the Knox County School Board voted in a unanimous 9 to 0 vote to enter a partnership with GRAD on August 1, 2001. The GRAD Knoxville non-profit was formed, a board seated and Jerry Hodges was hired as the founding Executive Director.  Project GRAD Knoxville is the first public/private education partnership in Knox County.

The question is not, ‘Is there STILL a need for an additional layer of support?’ But rather, ‘HOW do we meet those needs and opportunities with present structures and resources?’ A great need for hope and opportunity still remains.

See most recent results at bottom of GRAD home page.